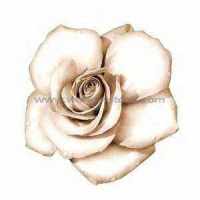 When Lydia Fox was born on 31 December 1714, in Groton, New London, Connecticut Colony, British Colonial America, her father, John Fox, was 29 and her mother, Elizabeth Bailey, was 22. She married Joseph Ware on 8 April 1742. They were the parents of at least 4 sons and 3 daughters. She lived in Groton, New London, Connecticut, United States in 1714. She died on 25 January 1772, in Glastonbury, Hartford, Connecticut, United States, at the age of 57.