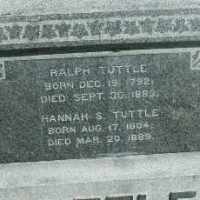 The Life Summary of Hannah Streater

Put your face in a costume from Hannah Streater's homelands.

English: patronymic from Mathew ; a variant spelling of Matthews . In the U.S., this form has absorbed some European cognates such as German Matthäus.