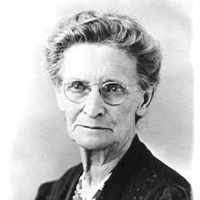 Put your face in a costume from Catherine Lydia's homelands.

Also known as the Chicago World's Fair, The Exposition was held to celebrate the 400th anniversary of the arrival of Christopher Columbus in the New World. The centerpiece of the Fair was a large water pool that represented Columbus's voyage across the Atlantic to the Americas. The Fair had a profound effect on new architecture designs, sanitation advancement, and the arts. The Fairgrounds were given the nickname the White City due to its lavish paint and materials used to constuct it. Over 27 million people attended the fair during its six-month of operation. Among many of the invetions exhibited there was the first Ferris wheel built to rival the Eiffel Tower in France.
1 English: topographic name or metonymic occupational name for someone who lived by or worked at a barn or barns, from Middle English barn ‘barn’, ‘granary’. In some cases, it may be a habitational name from Barnes (on the Surrey bank of the Thames in London), which was named in Old English with this word.2 English: name borne by the son or servant of a barne, a term used in the early Middle Ages for a member of the upper classes, although its precise meaning is not clear (it derives from Old English beorn, Old Norse barn ‘young warrior’). Barne was also occasionally used as a personal name (from an Old English, Old Norse byname), and some examples of the surname may derive from this use.3 Irish: possibly an Anglicized form of Gaelic Ó Bearáin ‘descendant of Bearán’, a byname meaning ‘spear’.