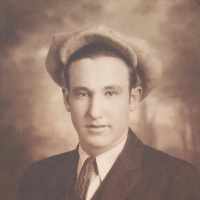 The Life of Claude Lyster

Put your face in a costume from Claude Lyster's homelands.

The first of many consumer protection laws which ban foreign and interstate traffic in mislabeled food and drugs. It requires that ingredients be placed on the label.
1920

1 English: probably a variant of Gifford .2 Probably a respelling of German Gaffert, a habitational name from Gaffert near Köslin, Brandenburg, or from a personal name formed with Middle High German gate ‘fellow’, ‘companion’.