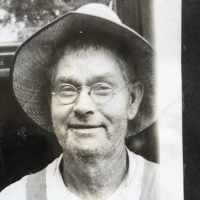 The Life of Lynn Arthur

Put your face in a costume from Lynn Arthur's homelands.

Garfield was shot twice by Charles J. Guitea at Railroad Station in Washington, D.C. on July 2, 1881. After eleven weeks of intensive and other care Garfield died in Elberon, New Jersey, the second of four presidents to be assassinated, following Abraham Lincoln.
1883 · The Mosaic Templar is Founded

The Mosaic Templar is an African American fraternal organization founded in Little Rock. it was founded by former slaves, John Edward Bush and Chester W. Keatts. It was part of a movement that was going on at the time, where everyone was forming fraternities and sororities. The main departments for this one where endowment, monument, analysis, uniform, rank, recapitulation, records, and a juvenile division.
1898 · War with the Spanish

English: occupational name for an officer of a court of justice, from the English vocabulary word bailiff, which is from the objective case of Old French bailis ( see Bayliss ).