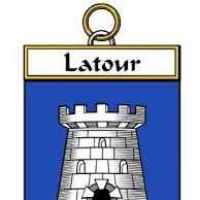 The Life Summary of Marie Rose

Put your face in a costume from Marie Rose's homelands.

Some characteristic forenames: French Emile, Andre, Antoine, Gaston, Marcel, Pierre, Armand, Cecile, Fernand, Jacques, Jean-Claude, Laurent.French: topographic name for someone who lived near a tower, usually a defensive fortification or watchtower, from Old French tūr; or a habitational name from any of various places called Latour or La Tour, named with this word.History: Pierre Latour dit Laforge from France was in QC by 1705, when he married Étiennette Banliac. His descendants also bear the surname Laforge . — In North America, this surname was originally also a secondary surname or dit (‘also called’) name, borne by several 17th and 18th-century French Canadians.