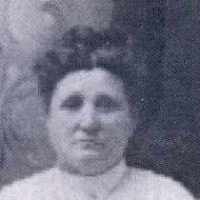 The Life Summary of Olive Harriet

Put your face in a costume from Olive Harriet's homelands.

German, Danish, Swedish, and Dutch; Hungarian (Ottó): from the personal name Otto, a short form of ancient Germanic compound names based on the element aud, ōd ‘wealth, prosperity’ (see also Ott ). The name Otto was a hereditary name in the Saxon ruling house, as well as being borne by Otto von Wittelsbach, who founded the Bavarian ruling dynasty in the 11th century, and the 12th-century Saint Otto of Bamberg, apostle of Pomerania.History: This name was introduced to America by Bodo Otto, a senior surgeon of the Continental Army, who was born in Hanover, Germany, in 1711, came to North America in 1755, and practiced in NJ and PA. He died in Reading, PA, in 1787.

Then tha comenced to pull for the Mo [Missouri] River and it soon came our turn for we was all formed in companeys of one hundred waggons and had a Capta[i]n for every companey. Father Terry was the C …