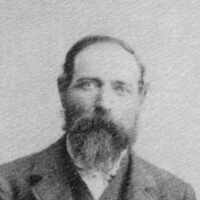 The Life Summary of Soren Peter

Put your face in a costume from Soren Peter's homelands.

Rasmus Sorensen was born 5 July 1805 in Tved, Randers, Denmark. He was the only one of Soren Rasmussen Bodker and Dorthe Marie Iversdatter Guldmand. His father died six days after he was born. He w …