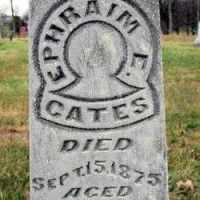 The Life of Ephriam Estridge

Put your face in a costume from Ephriam Estridge's homelands.

During the New Madrid earthquakes of 1811-1812, the Kentucky Bend or New Madrid Bend was created. It is located in the southwestern corner of Kentucky on the banks of the Mississippi River.
1830 · The Second Great Awakening

1 English: patronymic from the Old Norse byname Káti (from káti ‘boy’). (Kate was not in use as a pet form of Catherine during the Middle Ages.)2 Probably in some instances an Americanized spelling of German Goetz .