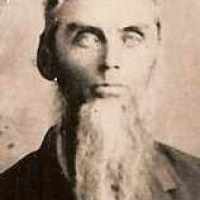 The Life of Joshua Clinton

Put your face in a costume from Joshua Clinton's homelands.

The Black Hawk War was a brief conflict between the United States and Native Americans led by Black Hawk, a Sauk leader. The war erupted soon after Black Hawk and a group of other tribes, known as the "British Band", crossed the Mississippi River, into Illinois, from Iowa Indian Territory in April 1832. Black Hawk's motives were ambiguous, but records show that he was hoping to avoid bloodshed while resettling on tribal land that had been given to the United States in the 1804 Treaty of St. Louis.
1856 · The Largest Map Company in the World

1 Northern English: topographic name for someone who lived in a broad valley, from Old English botm ‘valley bottom’.2 In some cases, a mistranslation of French Lafond, in which Old French la fond ‘fountain’ is confused with modern French le fond ‘the bottom’.