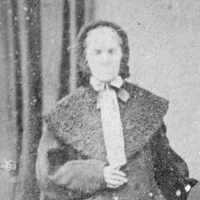 When Marie-Délice Lavigueur Brouillet was born on 28 September 1821, in Sainte-Geneviève-de-Batiscan, Francheville, Quebec, Canada, her father, Paul Brouillette, was 27 and her mother, Josephte Cossette, was 26. She married Joseph Déry on 14 January 1845, in Saint-Stanislas, Francheville, Quebec, Canada. They were the parents of at least 3 sons and 7 daughters. She died on 21 April 1904, at the age of 82.

Put your face in a costume from Marie-Délice's homelands.

There are no historical documents attached to Marie-Délice.