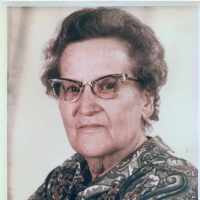 The Life Summary of Edna Belle

Put your face in a costume from Edna Belle's homelands.

Irish (Cork and Kerry): sometimes of English origin, but in County Kerry it is usually an Anglicized form of Gaelic Ó Duinnín (see Dineen ).English: from the Middle English personal name Dun(n)ing, Douning (Old English Dunning, a derivative of Old English Dunna (see Dunn ).English (Devon): topographic name for someone who lived on the hill, an -ing derivative of Middle English doun ‘hill’, equivalent to Downer . This formation is characteristic of Devon (compare Brooking ).