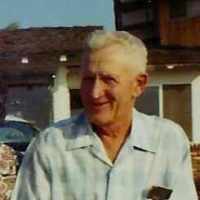 When George Michael Davis was born on 22 February 1906, in Guthrie, Logan, Oklahoma, United States, his father, Julius William Weiselogel, was 27 and his mother, Grace Irene Wagner, was 23. He had at least 1 son and 1 daughter with Elva Mae Pickett. He lived in Estes Park, Larimer, Colorado, United States in 1910. He died on 4 November 1971, at the age of 65.

Put your face in a costume from George Michael's homelands.