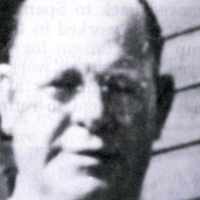 The Life of Augusta Floyd

Put your face in a costume from Augusta Floyd's homelands.

1 German: from Middle High German blōz ‘naked’, ‘destitute’, applied as a nickname for a poor person, or for someone who dressed inappropriately, or for a man without a beard.2 German: variant of Blass .3 Swedish: unexplained; possibly an adoption of the German name.

Other information in the record of August Floyd Bloss from Idaho, Birth Index