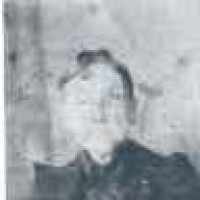 The Life of Delia T.

Put your face in a costume from Delia T.'s homelands.

Over 7,000 German immigrants arrived in Texas. Some of these new arrivals died in epidemics; those that survived ended up living in cities such as San Antonio, Galveston, and Houston. Other German settlers went to the Texas Hill Country and formed the western portion of the German Belt, where new towns were founded: New Braunfels and Fredericksburg.
1850 · Compromise of 1850