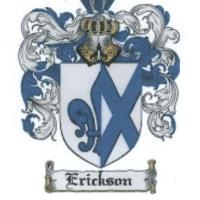 The Life of Anders

When Anders Ericsson was born on 1 January 1789, in Solberga, Göteborg och Bohus, Sweden, his father, Eric Thorson, was 28 and his mother, Helena Andersdotter, was 22. He married Pernilla Bengtsdotter on 7 December 1815, in Solberga, Göteborg och Bohus, Sweden. They were the parents of at least 5 sons and 3 daughters. He died on 25 July 1853, in Västergötland, Sweden, at the age of 64.

The following history was compiled by Joel Barber as a result of his research of Swedish records Anders Ericsson was born January 1, 1789 in Rörtången Sweden, a seaside village in Solberga parish a …