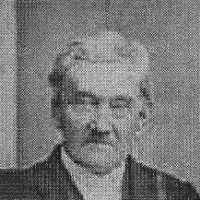 The Life Summary of Stephen Henry

When Stephen Henry Clink was born on 7 November 1821, in Ballinafad, Erin, Wellington, Ontario, Canada, his father, Stephen Henrich Clink, was 35 and his mother, Christianna Utter, was 40. He married Elizabeth Settle about 1845. They were the parents of at least 4 sons and 4 daughters. He lived in Bosanquet, Lambton, Ontario, Canada for about 20 years. He died on 10 July 1905, in Kimball, St. Clair, Michigan, United States, at the age of 83, and was buried in Kimball, St. Clair, Michigan, United States.