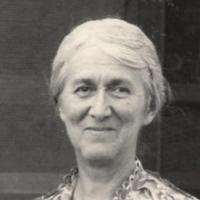 The Life of Luella Maude

Put your face in a costume from Luella Maude's homelands.

English, German, French, and Jewish: from the personal name, Hebrew Yosef ‘may He (God) add (another son)’. In medieval Europe this name was borne frequently but not exclusively by Jews; the usual medieval English vernacular form is represented by Jessup . In the Book of Genesis, Joseph is the favorite son of Jacob, who is sold into slavery by his brothers but rises to become a leading minister in Egypt (Genesis 37–50). In the New Testament Joseph is the husband of the Virgin Mary, which accounts for the popularity of the given name among Christians.