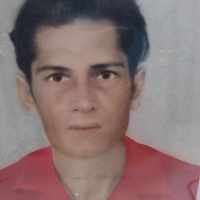 The Life Summary of Peter Cecil

When Peter Cecil Godkin was born on 5 July 1912, in Vaiala, Samoa, his father, Cecil Easton Godkin, was 23 and his mother, Segia Ah Sau, was 23. He married Maletina Lui Vavao Sasina Tufaga on 8 August 1936, in Aua, Maoputasi, Eastern, American Samoa. They were the parents of at least 3 sons. He died on 9 October 1978, in Mangere, Auckland, New Zealand, at the age of 66.

Put your face in a costume from Peter Cecil's homelands.

Outbreak of World War I. New Zealand commits thousands of troops to the British war effort. They suffer heavy casualties in the Gallipoli campaign in Turkey in 1915.

U.S. troops stationed in Western Samoa during World War II, but no battles are fought on the islands.

There are no historical documents attached to Peter Cecil.