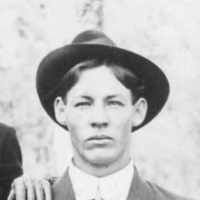 The Life Summary of Alma Ailus

Put your face in a costume from Alma Ailus's homelands.

Twin Boys Cared for by Older Sisters Lou and Nettie

Billie (Hurford) Reedy recorded that her grandfather, Alma Alius Gardner, son of Julia Yarbrough and Robert Warren Gardner, said that when he and his twin brother, Albert, were born, their sisters, Lo …