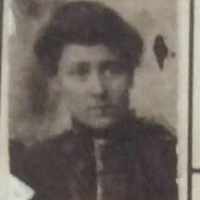 The Life Summary of Angelina Frances

When Angelina Frances Schubach was born on 14 March 1876, in Alice, Victoria East, Cape Province, South Africa, her father, George Peter Ludwig Schubach, was 23 and her mother, Martha Maria Meyer, was 19. She married Karl Friedrich Wilhelm Ninow on 10 November 1896, in Johannesburg, Transvaal, South Africa. They were the parents of at least 5 sons and 5 daughters. She died on 3 April 1954, in Cape Town, Western Cape, South Africa, at the age of 78.

Put your face in a costume from Angelina Frances's homelands.