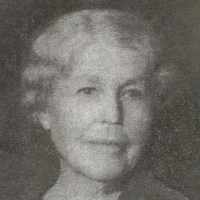 The Life of Bertha Grace

Put your face in a costume from Bertha Grace's homelands.

Three years after coal deposits were found in the town of Roslyn, it became a booming coal mining town. As word of this got out immigrant workers from Italy, Poland, Slovakia, Germany, Lithuania, Slovenia, Serbia, Croatia, England, Ireland, Scotland, and Wales moved here to work in the mines  that had opened. Many of the people in this town today are descendants of those immigrants.
1890 · The Sherman Antitrust Act

North German, Dutch, Danish, and Swedish: topographic name for someone who lived by a pasture or green, from Middle Low German brinc ‘edge’, ‘slope’, ‘grazing land’, especially a raised meadow in low-lying marshland. In both Danish and Swedish brink is a borrowing of Dutch brinck ‘waterside slope’; in Danish it means ‘where the water runs deep’.