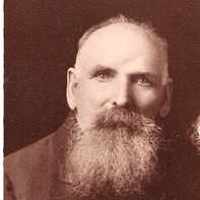 The Life of George Gamaliel

Put your face in a costume from George Gamaliel's homelands.

Apparently an altered spelling of English Rigden, which Reaney believes to be from Ricdun, a reduced form of the personal name Ricardun, a pet form of Richard . There is no evidence for it as a habitational name: in medieval documents it is never found with a preposition and no relevant place name has been identified.