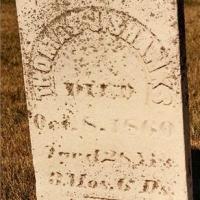 Scottish (Lanarkshire): habitational name from an unidentified place in southern Scotland with a name in the plural form, presumably derived from Old Scots schank ‘hill spur’. Some have suggested Shank in Borthwick (Midlothian) or Culter Cleuch Shank in Crawford (Lanarkshire), with the unexplained addition of final -s, but these seem unlikely.English: variant of Shank with plural or post-medieval excrescent -s.