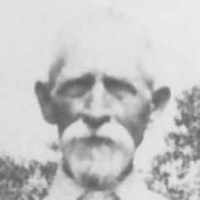 The Life of Lewis Bryan

Put your face in a costume from Lewis Bryan's homelands.

The first state fair in North Carolina was held in Raleigh and was put on by the North Carolina State Agricultural Society in 1853. The fair has been continuous except for during the American Civil War and Reconstruction and WWII.
1860

In 1860, the Pony Express used men riding on horseback to carry mail between St. Joseph, Missouri, and Sacramento, California.
1867 · Sorry Mr. President, You can't do that.