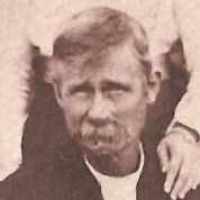 The Life Summary of John Hayden

Put your face in a costume from John Hayden's homelands.

Irish (Cork and Kerry): variant of Morley .English (Cornwall and Somerset): habitational name from Murley in Uplowman (Devon). The placename derives from Old English mōr ‘moor’ + lēah ‘woodland clearing’. There may well have been some confusion with Morley .