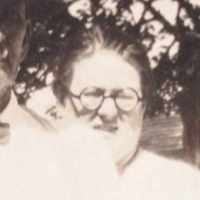 Put your face in a costume from Ivy Alice's homelands.

After the explosion of the USS Maine in the Havana Harbor in Cuba, the United States engaged the Spanish in war. The war was fought on two fronts, one in Cuba, which helped gain their independence, and in the Philippines, which helped the US gain another territory for a time.
1 English and Scottish: occupational name for a miller. The standard modern vocabulary word represents the northern Middle English term, an agent derivative of mille ‘mill’, reinforced by Old Norse mylnari ( see Milner ). In southern, western, and central England Millward (literally, ‘mill keeper’) was the usual term. The American surname has absorbed many cognate surnames from other European languages, for example French Meunier , Dumoulin , Demoulins, and Moulin ; German Mueller ; Dutch Molenaar ; Italian Molinaro ; Spanish Molinero; Hungarian Molnár; Slavic Mlinar , etc.2 Southwestern and Swiss German and Jewish (Ashkenazic): variant of Müller ( see Mueller ).