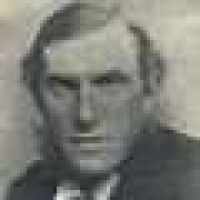 The Life Summary of Henry George

English (of Norman origin):nickname from Old French percehaie ‘pierce hedge’ (Old French percer ‘to pierce, penetrate’ + haie ‘hedge, fence’), perhaps with the sense of someone breaking into an enclosure. Percehaie is the name of one of the sons of the foxes Renart and Hermeline in the medieval French epic Roman de Renart, whose earliest known version is from the 1170s. The surname is older than that, but it may originate in a nickname for the fox as ‘enclosure piercer’, perhaps amounting to ‘chicken thief’.habitational name from any of several places called Percy in Calvados, Eure, and Manche; William de Perci, the Domesday tenant-in-chief and under-tenant of Hugh, Earl of Chester, came from either Percy-en-Auge (Eure) or Percy (Manche).