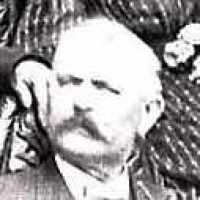 Put your face in a costume from Wilber Homer's homelands.

The Great Gale of 1880 was a severe snow and wind storm that devastated parts of Oregon and Washington on January 9, 1880. The extratropical cyclone caused tides to rise seven feet, gale force winds, and snow accumulations of up to 18 inches.
1 French: from Old French Aleman ‘German’ (Late Latin Alemannus, from a Germanic tribal name, probably meaning ‘all the men’), hence a regional or ethnic name for a Germanspeaker in a predominantly French-speaking area. Compare Allman .2 German (Allemann): from a Germanic personal name composed of the elements adal ‘noble’ + man ‘man’.