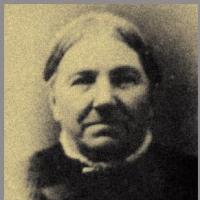 The Life of Elizabeth Ann "Betsey"

Put your face in a costume from Elizabeth Ann "Betsey"'s homelands.

The first Missouri State Library was established by law on January 22, 1829. This law was created due to the large amount of public documents which had been collected in the office of Missouri's secretary of state. The library included documentation of the actions of the Missouri senate and house. The documents were cataloged and made available to the public. The public had access to any of the books in the library from sunup to sundown on any day except Sunday.
1843

Saxon: Help in war. Elgar is another spelling.