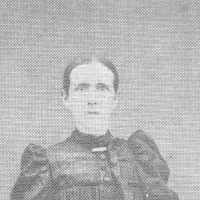 The Life of Mary A.

Put your face in a costume from Mary A.'s homelands.

Tennessee was known as the Volunteer State because during the Mexican War the government asked Tennessee for 3,000 volunteer soldiers and 30,000 joined.
1865

Scottish: reduced form of the Norman habitational name Norman-ville, derived from either of two places so called in Normandy.