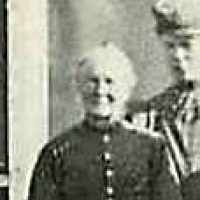 The Life of Martha Ellen

In 1860, the Pony Express used men riding on horseback to carry mail between St. Joseph, Missouri, and Sacramento, California.
1861 · Denver Becomes a City

In 1861, Denver City was incorporated into the territory as an official city.
1875

1 English: from Old English bēam ‘beam’, ‘post’, a term with various applications. It denoted the beam of a loom and was therefore in some cases a metonymic occupational name for a weaver. In others it was a topographic name for someone who lived by a post or tree, or by a footbridge made from a tree trunk.2 Americanized form of German Boehm , or sometimes of Baum .