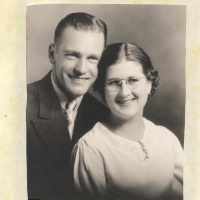 The Life Summary of Burnie Silas

Put your face in a costume from Burnie Silas's homelands.

Norwegian: habitational name from a farmstead in Trøndelag so named, from an uncertain first element + stad (from Old Norse stathir, plural of stathr ‘farmstead, dwelling’).