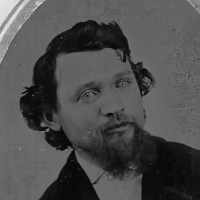 The Life of John Baptista

Put your face in a costume from John Baptista's homelands.

Although divided as a state on the subject of slavery, Ohio participated in the Civil War on the Union's side, providing over 300,000 troops. Ohio provided the 3rd largest number of troops by any Union state.
1861

German and Jewish (Ashkenazic): topographic name for someone who lived on a corner or occupational name for someone who kept a corner shop or farmed a corner of land, from an agent derivative of Winkel 1. This name is widespread throughout central and eastern Europe, being found for example as a Czech, Polish, Slovenian, and Hungarian name.