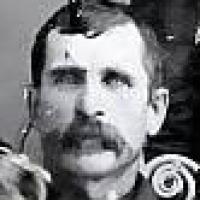 The Life of David Freeman

Put your face in a costume from David Freeman's homelands.

The Great Seal of the State of Iowa was created in 1847 and depicts a soldier standing in a wheat field surrounded by symbols including farming, mining, and transportation with the Mississippi River in the background. An eagle overhead bears the state motto.
1860

Perhaps an altered form of a French habitational name Corberon, from a place so named in Côte-d'Or.