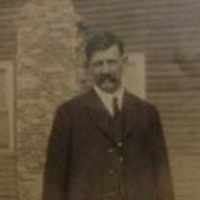 Put your face in a costume from William Joseph's homelands.

Alabama adopted its state flag on February 16, 1895. Act 383 of the Alabama state legislature states, “The flag of the State of Alabama shall be a crimson cross of St. Andrew on a field of white.”
Origin uncertain: probably a variant of French, English, or German Gant .