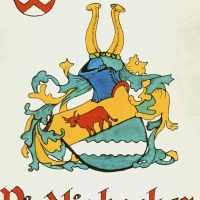 The Life Summary of Oswald

When Oswald Rindlisbacher was christened on 12 December 1681, in Walkringen, Bern, Switzerland, his father, Oswald Rindlisbacher, was 45 and his mother, Anna Grossglaus, was 41. He married Catharina Baumgartner on 24 March 1713, in Switzerland. They were the parents of at least 1 son. He died on 27 December 1761, in his hometown, at the age of 80.

Put your face in a costume from Oswald's homelands.

Swiss German: habitational name for someone from a place (hamlet) named Rindlisbach, or for someone who lived by a creek with that name.