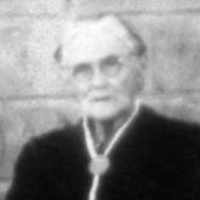 The Life Summary of Margaret Saunders

Put your face in a costume from Margaret Saunders's homelands.

Margaret and Isabel Rogers in "Pitman Families in Australia: 1838-1990"

Margaret Rogers was the elder sister of Isabel, who married Edgar's younger brother Braham. They were daughters of John Rogers. Adapted from page 180 of Pitman Families in Australia:1838-1990 ed. M …