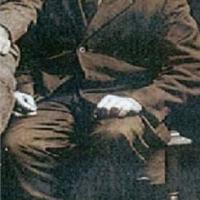 The Life Summary of George Lowell

Put your face in a costume from George Lowell's homelands.

Flemish: shortened form of Dutch Van der Leij, a topographic name for someone living near a lei, lede ‘watercourse’. This surname is also found in France (Nord).English (Gloucestershire): variant of Varley .