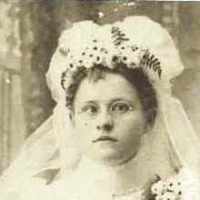 Put your face in a costume from Ella Inez's homelands.

President William McKinley was shot at the Temple of Music, in the Pan-American Exposition, while shaking hands with the public. Leon Czolgosz shot him twice in the abdomen because he thought it was his duty to do so. McKinley died after eight days of watch and care. He was the third American president to be assassinated. After his death, Congress passed legislation to officially make the Secret Service and gave them responsibility for protecting the President at all times.
(1997: 9034;2007: 18073; 2010: 24849)Scottish (Dumbartonshire) and Irish (Westmeath): Anglicized form of Gaelic Mac Amhalghaidh ‘son of Amhalghadh’, a personal name of uncertain origin. The best known family of Mac Amhalghaidh is from Westmeath, and there were families called Mac Amhlaoibh in counties Cork and Fermanagh (a branch of the Maguires), as well as a family in southwest Scotland which has migrated to Ulster. Compare the Scottish form Macaulay .Scottish (Hebrides) and Irish (Fermanagh): Anglicized form of Gaelic Mac Amhlaoibh or Mac Amhlaidh ‘son of Olaf’, from Gaelic forms of the Old Norse personal name Áleifr, Óláfr (see Olafsen ). Compare McAuliffe .