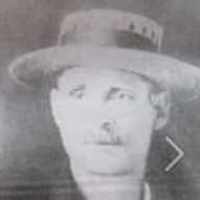 The Life of Simplicio

When Simplicio Alves was born on 2 March 1853, in São Paulo, Lisbon, Lisbon, Portugal, his father, Manoel Joaquim ALVES, was 30 and his mother, Jacintha, Umbelina Debairos, was 27. He married Noea OPUU on 24 October 1925, in Rurutu, French Polynesia. They were the parents of at least 1 son and 7 daughters. He died on 5 October 1934, in Rurutu, French Polynesia, at the age of 81.

Put your face in a costume from Simplicio's homelands.

There are no historical documents attached to Simplicio.