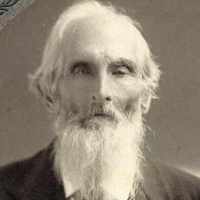 The Life Summary of John Arnett

Put your face in a costume from John Arnett's homelands.

French and Spanish: from Old French eschapin, Spanish chapín ‘type of overshoe made of cork’, applied as a nickname for someone who habitually wore this type of footwear or a metonymic occupational name for someone who made them.English: variant of Chopin , more commonly surviving in England as Chopping and Chappin.