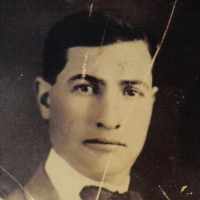 The Life Summary of Frank Smith

When Frank Smith Burrows was born on 5 May 1893, in Fort Worth, Tarrant, Texas, United States, his father, Terry Wigfall Burrow, was 31 and his mother, Martha Miranda Smith, was 26. He married Jennie Lodema Hammon on 2 May 1919, in Bonneville, Idaho, United States. They were the parents of at least 2 sons and 2 daughters. He died on 5 October 1930, in San Francisco, California, United States, at the age of 37.

Put your face in a costume from Frank Smith's homelands.