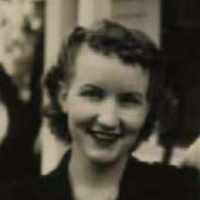 The Life of Roberta Tess

Put your face in a costume from Roberta Tess's homelands.

1 English: habitational name from any of various places: Alham in Somerset, which is named for the Alham river on which it stands (a Celtic river name of uncertain meaning), or Alnham in Northumberland, named for the Aln river on which it stands (also of Celtic origin but uncertain meaning), or a regional name from Hallamshire, the district around Sheffield in South Yorkshire, which is named with Old Norse hallr or Old English hall in a dative plural form, hallum ‘(place at) the rocks’.2 Scottish: shortened form of McCallum , an Anglicized form of Gaelic Mac Coluim ‘son of Colum’.3 Norwegian: habitational name from any of various farmsteads in southeastern Norway, probably named from Old Norse Aldheimar, a compound of ald ‘high’ + heimar ‘farm’.

Malad Mar. 21 – 1937 My dear Roberta: (daughter of Gilbert Illum) You wonder why I don’t write to you, and of course your brother. Think I ought to write to him too. But I have so ma …