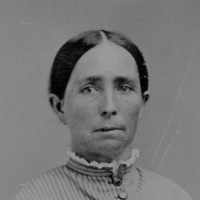 The Life of Susan Jane

During the years 1799 to 1827, New York went through a period of gradual emancipation. A Gradual Emancipation Law was passed in 1799 which freed slave children born after July 4, 1799. However, they were indentured until 25 years old for women and 28 years old for men. A law passed 1817 which freed slaves born before 1799, yet delayed their emancipation for ten years. All remaining slaves were freed in New York State on July 4, 1827.
1829 · Missouri State Library

The first Missouri State Library was established by law on January 22, 1829. This law was created due to the large amount of public documents which had been collected in the office of Missouri's secretary of state. The library included documentation of the actions of the Missouri senate and house. The documents were cataloged and made available to the public. The public had access to any of the books in the library from sunup to sundown on any day except Sunday.
1847 · Moving the State Capital

English: originally, like most of the English names derived from the ranks of nobility, either a nickname or an occupational name for a servant employed in a noble household. The vocabulary word is a native one, from Old English eorl ‘nobleman’, and in the Middle Ages was often used as an equivalent of Norman count.