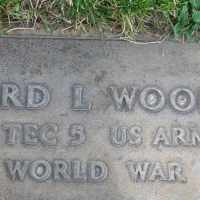 The Life of Willard Lloyd

Put your face in a costume from Willard Lloyd's homelands.

The American Can Company of Utah Building Complex was built downtown Ogden on 20th and Lincoln Ave. It employed over 450 people and produced millions of cans of food from crops of local farmers. It was closed in 1979 but was added as a Historic Place in 2005 to the National Register. It has also become a headquarters for Amer Sports.
1929

English and Scottish: habitational name from any of numerous places named Woodhouse; there are examples in Leicestershire, South and West Yorkshire, and Peebleshire, all named from Old English wudu ‘wood’ + hūs ‘house’.