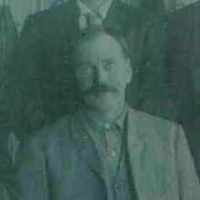 English: variant of Bailiff , with excrescent -s, an occupational name for an officer of a court of justice, whose duties included serving writs, distraining goods, and (formerly) arresting people. In England it was formerly a status name for the chief officer of a hundred (administrative subdivision of a county). The derivation is from Middle English, Old French bailis, from Late Latin baiulivus (adjective), ‘pertaining to an attendant or porter’ (see Bailey ).History: Thomas Baylies, a prominent Quaker, came to Boston from London in 1737.