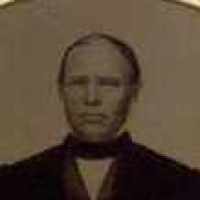 The Life Summary of John Wilkinson

Put your face in a costume from John Wilkinson's homelands.

"Also referred to as the Small State Plan, the New Jersey Plan was an important piece of legislation that William Paterson presented during the Constitutional Convention. The plan was created because states with smaller populations were concerned about their representation in the United States government. The New Jersey plan proposed, among other things, that each state would have one equal vote. This was in contrast to the Virginia Plan, which suggested that appointment for Congress should be proportional to state population. The Connecticut Compromise merged the two plans, allowing for two ""houses"" of congress: one with proportional representation, and the other with equal power from each state (as the New Jersey Plan had suggested)."

English: variant of Daw , with genitival or post-medieval excrescent -s.German (Däwes): either a patronymic from an ancient Germanic personal name Davo, or a variant of Tewes . The surname Däwes is rare in Germany.History: William Dawes (1745–99) was a prominent citizen of Boston, MA, and rode with Paul Revere to warn colonists of the British invasion in 1775. He is buried in Boston's King's Chapel Burying Ground.