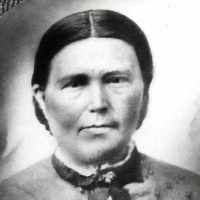 Put your face in a costume from Johanna Wilhelmina "Hannah" Friederike's homelands.