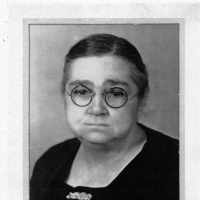 The Life Summary of Lucinda Belle

Put your face in a costume from Lucinda Belle's homelands.

English (southwestern England and south Wales) and Dutch: from the personal name Nicholas (from Latin Nicolaus, from Greek Nikolaos, from nikān ‘to conquer’ + laos ‘people’). Forms with -ch- are due to hypercorrection (compare Anthony ). The name in various vernacular forms was popular among Christians throughout Europe in the Middle Ages, largely as a result of the fame of a 4th-century Lycian bishop, about whom a large number of legends grew up, and who was venerated in the Orthodox Church as well as the Catholic. In North America, the English form of the surname has absorbed cognates from other languages and also their patronymics and other derivatives, e.g. Croatian and Serbian Nikolić (see Nikolic ), Greek Papanikolaou ‘(son of) Nicholas the priest’ and Nikolopoulos . Compare Nickolas .History: The colonial official and revolutionary patriot Robert Carter Nicholas was from a prominent VA family on both sides. His father was a British navy surgeon who emigrated c. 1700 from Lancashire, England, to Williamsburg, VA.